In energy efficiency, the goal is not anymore year 2020

Since 10 years ago, in all economic sectors, concepts of energy efficiency and energy savings have been applied.We can say today that results have been quite successful in many different fields, providing great progress in reaching the goal established in Europe for year 2020. According to the last report from the European Environment Agency, published in late 2015, the European Union is well on track to meet its climate and energy targets for 2020 (20% increase in renewable energy, 20% decrease in energy consumption and 20% decrease  in Greenhouse gases (GHG)), besides significant differences in the situation of each Member States.

However, forecasts for the compliance with long term domestic emission reductions in 2030 (40% decrease of GHG emissions) and2050 (80 to 95% decrease of GHG emissions),would require radical changes in the energy policy (as shown on the graph), with a considerable increase in the efforts of the different actors to reach the targets.Apart from the environmental issue, it is one of the most important challenge at the European level, both on the political side to reach energetic independence and on the economical sideto create value within the European Union vs stocking up energy from outside of the Union (about 800€/year/inhabitant).

The Energy Roadmap 2050 presented to the European parliament a few years ago draws a global strategy to reach 2050 targets, in which even though the gas has a transitory prime importance till 2030-35 (as seen on the current situation), logically electricity stands out as the main energy in the future.This document details a whole list of deficiencies in the current energetic system to which some solutions need to be brought to reach the goal.

One year ago, we presented a new vision for the future in building constructions, including various concepts described in the Roadmap from the most common ones as near-zero energy building or renewable energies to some more innovative concepts as electricity demand management, flexible energy storage, integration of local resources and centralized systems, and Smart grids technologies.

As we strongly think that the Future needs to be built today, as manufacturer of heating systems with life time over 30 years that will be still running for most of them in 2050, we already made this new vision a reality. Only one year after the presentation of this concept, the first building according to this model was put into operation, in Jesenik, Czech Republic, as the new Office Centre of Fenix Group. Due to the significance of this Project, the working group includes the participation of The Ministry of Industry and Trade, the Ministry of Environment, the Energy Regulatory Office, electric companies and universities to evaluate the data obtained while operating this building. During the next two years, the working group will evaluate and improve the cooperation between a roof-mounted solar panel system, home batteries and a radiant heating systemin combination with the “smart grid” distribution network and thereby demonstrate the advantages of this solution for the operators of energy networks, as well as for end-users.

We hopefully will be able soon to share with you interesting data from this project. 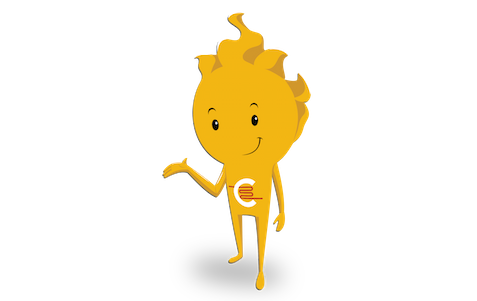